European News Network (ENN),"All the news, delivered with a European Flair, by a Eurobabe…"
Missing scientists and missing "Super Element" confirmed kidnapped by BARF"!!!
(Sudekia) In a flurry of recent events, sources have how confirmed that the 3 missing scientists and their cargo of the rare mysterious "Super Element", Bongolesium, have probably been kidnapped by anti-govt. guerilla forces of the Bongolesian Revolutionary African Front, (BARF).
"Yes indeedy doody, we can pretty much say that it's for sure now dat dese po' chumps got hubbi-jubbied out in duh wilds and are now "guests" of those Hoodlums that seek to further push our country down the road to ruin quicker than it has been going." said General Bunga M'bunga of the National Defense Forces in a recent press conference. "Naturally when we get da word from our beloved President-For-Life, our boys in green will get jiggy and hit them with the pain stick!"
It is said that this information was confirmed with the delivery of a photograph of the missing scientists and a large cargo container with the words "GUESS WHO???" written on it. Further details are sketchy, but National Defense Minister M'umbow Jumbo has said that he is working out the details to verify and confirm this information and meeting with the President to discuss further plans of action. "Naturally I will be in close contact with our esteemed leader and taking his directions very directly." He said with a confirmed nod of a man who seemed to know what he was talking about.
Stay tuned to the European News Networks; where all the news will be delivered with a European Flair by a Eurobabe for further developments…
We now return you to your local scheduled program, and the closing credits of, "Salma Hayeks Bikini Party Fantasy Weekend…" 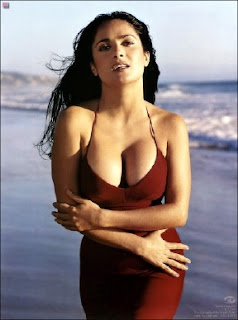