Each side accuses the other of "Saber Rattling"...

President B'wonah promises "the sharp end of the pain stick" if Fandango Forces try to get jiggy.... 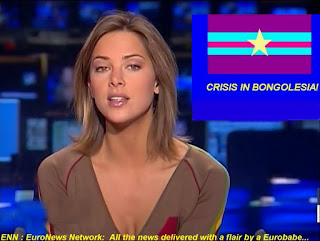 (SUDEKIA): Bongolesian Defense Forces have been put on an escalated height of alert due to the recent border altercations with it's southern geographic neighbor, The Fandango Republic.
"Reports over the last two days indicate several "incidents" along our border with the nation to the south of us", A national spokesman said. "These incidents were caused solely by the government of The Fandango Republic attempting to flex it military muscles into our nether regions and seeing what they can get. This is not only a direct violation of international boundaries but it is also a direct insult to us as a nation and our beloved people and President." 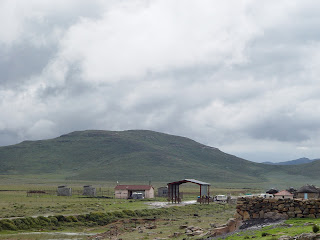 (Checkpoint Alfred: one of the many forward border stations in Bongolesia looking southward towards "enemy territory".)

ALAN ALDA BRIEFED ON THE SITUATION!!!!

(HOLLYWOOD):  Legendary Cinema Screen Icon Alan Alda, long a champion of the Bongolesian people, and the nation in itself, was briefed this morning on the situation in his home in Beverly Hills.
"After watching this being briefly bandied about on CNN this morning, the seriousness of it affected me greatly, and I felt the urgent...almost compelling need to once again make my services available." The legend said with earnestness in his voice.
"The people of Bongolesia have long been trod under by the Western Nations and in particularly The United States, and usually whenever there is an issue of some type in that region (or any other region), you can bet a dollar to a grand double whipped latte with a sprinkle of cinnamon sugar on it, that the US Government is somehow and someway involved in this." 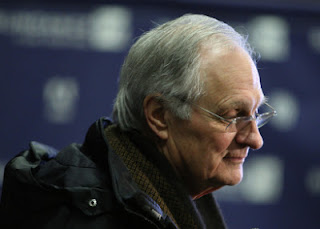 (Sincerity comes in all forms....Legendary Cinema Icon Alan Alda discusses the troubles pertaining to Bongolesia and his offer to help it...)

Military forces increased their alert status throughout the country, as NDF troops worked to prepare themselves against any further operations, while Presidential Guard troops assisted local law enforcement officials in securing the major cities.
"Morale is high among the members of the military as the newly painted and running equipment seems to be mostly in working order." said a NDF spokesman. "The troops will be ready to give the hurt to the Fandangonian invaders in the event that the invaders decide to invade." 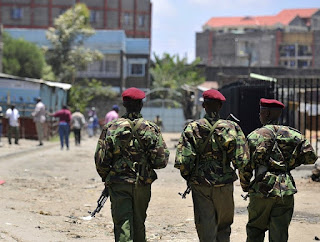 (Keeping "good citizens" safe from "bad citizens"....Presidential Guard troops watch  for any suspicious activity on the streets of Sudekia...) 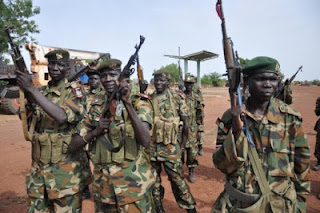 (While NDF Border troops show their skill, morale, and readiness to get it on with the Fandangonians...)

We here at the EuroNews Network will keep watch on this situation and will report to you as events unfold in this international crisis...

And now, back to the closing credits of  "The Further Adventures of Tennessee Buck".... 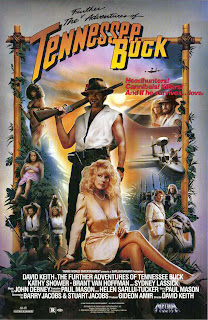 Send in the blue helmets.....at least they add some color to the massacre.....)

Alcovia is saddened to hear of your turmoil.

Bolf Witzer of NCC News Network reports that CIA Sources have confirmed that there has been a spot of trouble within the Bongolesian Republican Guard. P'hat Daddee B'wonah, President for Life, received reports of a large gathering of Guard Officers and feared that a mutiny was being discussed. Loyal troops were sent in to break up the meeting and in doing so a number of injuries were incurred.

After things calmed down it was found out that the meeting was a celebratory "pig roast" in honor of an officer's birthday. Apologies and compensatory gifts were made and all is well now.

In another story Donald Krauss-Shan,a bank inspector from the IMC has not been seen since leaving his hotel two days ago. Bongolesian authorities insist that they are looking into it but are being delayed due to a number of investigators falling ill after eating some spoiled pig at a recent birthday party

I'm SO glad the EuroNews Network is still up and running. Such flair....