The room is clean, and my December project...

Eeeek again!
It seems that suddenly I've gotten the room "pretty much clean" and usable, and I have a cleanish sort of worktable!
(What the heck is that about?)
During this time I also got around to FINALLY hanging up the National Colors of Bongolesia!
Yeps...da flags on da wall! 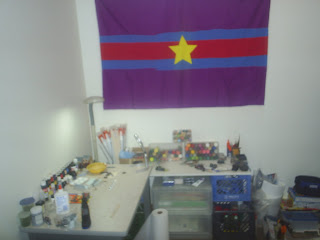 (A clean desk in this picture, as opposed to the previous post...and don't forget to salute the flag!)

That being said...I've realized that I need to get some stuff done for my December game.

So here it is.

Before the game on 29th December I have to build

Oh...and I have to paint almost 100 figs including approx 30 figs of US Special Forces in ACUs, and "radicals" for "The Lions of Allah"... 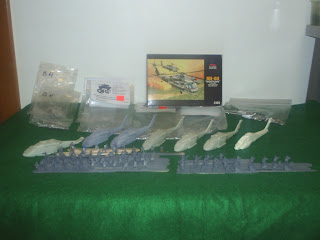 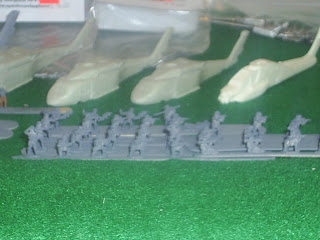 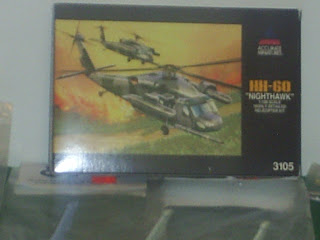 (And last but not least, the Pavehawk I have to build.)

This should be an interesting attempt and endeavor on my skills. The biggest issues that I think I might be facing will be on the "fiddly parts" for the QRF birds. Well..that and the painting of the ACU's on the SF...I'm NOT looking forward to that...

I'll keep you informed of the progress.

Wish me luck on this!