FESTIVITIES GOES OFF WITHOUT A HITCH, OR A COUP!!!!!

(Sudekia): The Glorious Nation of Bongolesia and it's people under the wise and ever all knowing and benevolent government of His Excellency President-For-Life P'hat Daddee B'wonah, celebrated The National Day of Independence today throughout the country with parades, prayers, celebrations, patriotic speeches and remembrances. 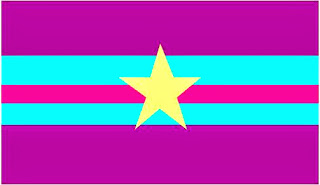 Our beloved National Flag, flapping high in the breeze, letting you know what it is...

From the local children's parade and landmine strut outside of Lonnieville to the ever growing and popular "Barb-wire Hoedown" in Port Tuziak, the people of Bongolesia celebrated their national day of supposed Freedom and assumed Independence. 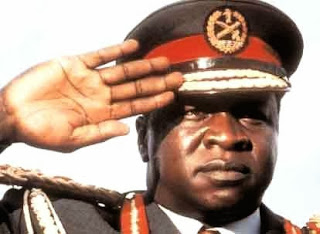 Speaking from The Presidential Palace, (The Pink Palace), His Excellency, President-For-Life P'hat Daddee B'wonah spoke of this glorious day.
"It just fills my heart with such gladness and joy to see our folks lovin' what they get and what they got comin' to them. It's been a long, rocky, pothole filled dirt road that we have forced others to travel upon to get where we are today, but I promise you that the ordeal was worth it. We know who we are, and we are here to show the world who we are what it is!"
His Excellency was going to be spending the day in conferences and reviewing contestants for the upcoming "Miss Banana Chip 2013" at the upcoming National Banana Chip Festival. 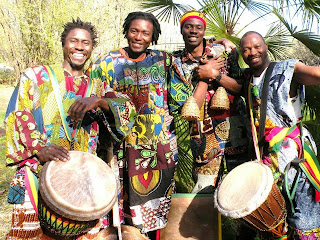 "That ain't working....that's the way you do it!"
The nationally acclaimed Bongo Group, "The Bongoleers" pose before their concert in Clarksville.  Tickets were sold out fast for this show... 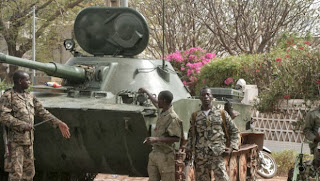 Meanwhile, lets not forget our gallant "Boys In Green" who even on this day, stand ready to defend our nation against those who would do us harm, or attempt to collect on debts, (real or imagined).... Here we see a tank and crew from 1st Bongolesian Armored (aka: "The Fighting Jujus"), parked near Bomb'a De Plane International Airport in Sudekia. 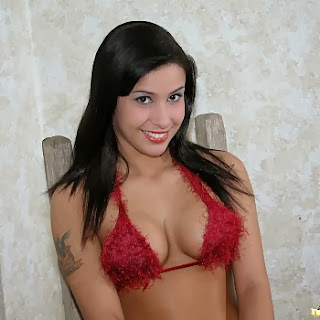 Just seeing if you are paying attention.... 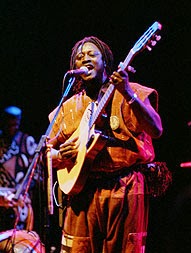 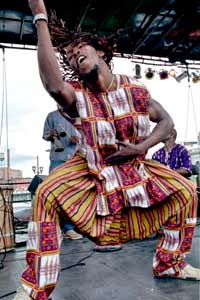 LET THE MUSIC PLAY:
Indeed what would a country be without it's music?
Our nation is filled with all sorts of talent, (real and otherwise). Among the many concerts and shows given this day to the masses (for a small price), are Bongolesian International Recording Superstars Buddy Bongo (above), and P'nut Lohg singing their critically reviewed hits "There's A Crocodile In The River", and "I Didn't Know She Was Married!!!", among other things. Buddy has been known sometimes to even break out some of his older hits such as "Landmine Blues", and "What's That Sound?"
Much music and fun and dancing was had by all! 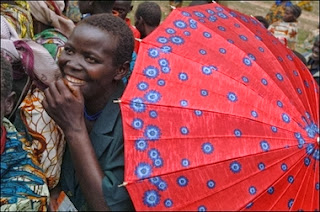 One of the many fans of P'nut Lohg, (Who has sold more records in SE Central Africa than Slim Whitman).... 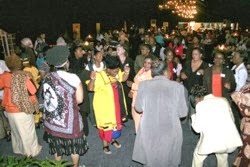 Dancing The Night Away....Festive and Happy Citizens dance into the late hours to music and celebrations of the nations independence.

With congratulatory notes coming from a wide variety of countries, including China, Syria, Yemen, Algeria, Chad, Cuba, The Democratic Republic of The Congo, Chechnya, and many others, Bongolesia is truly a nation among nations!!!!

LONG LIVE BONGOLESIA!!!!!
From you peace loving friends
in the Brazos Evil Empire!

"burp" I ate too much at the Embassy Dinner. "burp" Excuse me...

You forgot to mention the National Strip-Off at the Ministry of Culture and Thought Purity. It's an exciting event, where the contestants compete in two categories: Weapon Assembly and Pole Dancing. First, the girls must reassemble an AK-47 from field stripped parts while blindfolded. Unattractive girls are not provided with all of the parts. The first ten girls to complete this stage move on to the second stage. The second stage has a brass pole and big speakers.

The Bongolesisan Embassy in Nova Caledonia will be closed for the Birthday festivities and Christmas. We will reopen on the 27th after Boxing Day!