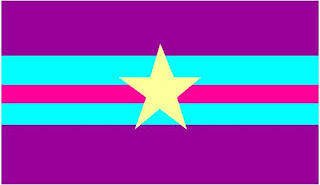 (Sudekia) " Today is the day of our country and of our people. Today is National Independence Day for our beloved country of Bongolesia. Under my wise rulership, and the hard working spirit of the people whom I rule, we have made this country into what it is, and what others look upon it as. Countries all around the world look to us as we set an example.
The history of our country, (as all good citizens are aware of), is filled with dark times in the past as we struggled mightily to undo the shackles of Western European Colonialism and Imperialism, and indeed the struggle was long, but in the end, we did prevail, and because of it, our flag hangs on it's long, stiff, and erect pole; a glistening beacon for all to see.
While it is true that there are many out there that would see our nation crumble into ruins and even further despair, (and you know who you are), we as proud members of this nation stand shoulder to shoulder face our enemies with stout hearts and closed minds ready to get jiggy with them, and to look towards our allies with open hearts and hands.
It is on this day that I wish, for all the Bongolesian people to think of what really matters most of all, and remember how to get it, and more.
Long live our nation! Long Live Bongolesia! " 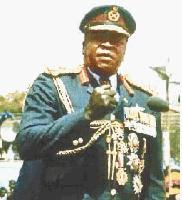 Extolling the virtues of our glorious nation, our beloved leader speaks to all....

(Central Bongolesia) The drums were beating, and the screams could be heard throughout the jungles...The local villages were celebrating National Independence Day.
Local villages throughout the nation celebrated the National Day of Independence with a variety of festivals, dances, obscure rituals, and native traditions.
Among the many colorful ones are the highly popular, "Landmine Polka", and the "Incoming, Get Down!" Dance of many of the local tribes.
Among many of the local and time honored traditions enacted were the "Missionary Hop", (very popular in previous centuries), and the Blessings of the Witch Doctor.
These rituals, and traditional activities help portray a large colorful picture of Bongolesian culture on this important day. 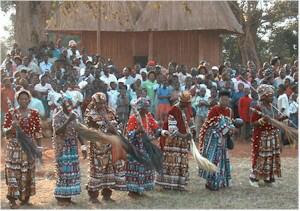 Local tribal ladies enact the "Sweeping it all away" dance, (a tribal ritual which focuses on using a broom to "sweep away" bad luck, empty bullet casings, and broken glass from the latest pitched battle...)

Special Guest Performer will "Give it all up" on stage...

(Sudekia) In a last minute annoucement today, it was revealed that a "special mystery guest performer" will "give a show" tonight in Sudekia in celebration of National Independence Day.
While the guest performer has not yet been announced, it is speculated with some turgid anticipation as to who it may actually be that will be on stage.
Rumor has it that a certain performer, who's initials are "B.S." will be on stage putting it all out for everyone to see and giving a special VIP "performance" after the initial concert.
Everyone is licking their lips in anticipation of tonights special encore show! 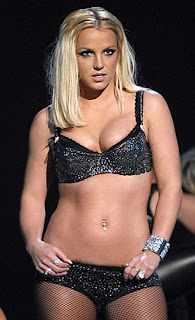 Who could the mystery performer be that will be putting it out on stage? Details to be announced as more is revealed...err...released... Supposedly a photo showing her overjoyed reaction when being told of her "show" in Bongolesia this evening...Can't you just see it in her eyes???...

When I first started this, I didn't think that it would last this long. I had no idea the amount of responses, interest, and reception that I would get with it. I figured that some thin skinned overly sensitive prat would complain, (and a couple have), about it and it would be shut down. Even though the overall basis of it, is that all in all, it's just a simple site made to keep track of an imaginary country in which I play wargames in with little toy soldiers.

But it attracted a lot of fans too...

And for those that have been inspired by what I wrote, or taken some of my gaming ideas and have run with them, or used the idea of the nation to create their own countries, I salute you for your efforts and your support.

Thank you everyone out there for your support, and thank you for believing in the nation and supporting it with your patronage. 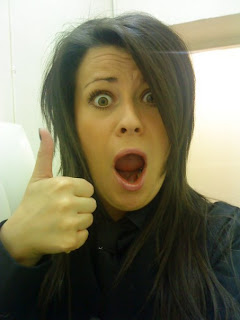 What do YOU think of Bongolesia???
Posted by Murph at 2:01 PM

Congratulations from the Hispañolan Embassy!

As the self-appointed Minister of Culture and Thought, I find the wondrous diversity of our national culture to be wonderful. I am especially proud of the work my office has done to bring our special surprise performer to Sudekia for public display.