2011 is upon everyone in Bongolesia with all the charm and grace of a mad, hungry crocodile...
And since the year 2010 is done and gone, it's time for a news update from the country...

(SUDEKIA) With the American National Anthem being played followed by the Bongolesian National Anthem outside, the United States officially opened it's Bongolesian Embassy and Consulate Facility in Sudekia, thereby once more establishing official relations with our native land.
Folks with a brain will remember that the US left Bongolesia in helicopters in late 1979 during the intense fighting of the Bongolesian Civil War. Diplomatic faux-paus, and snafu's aside, the Americans up until recently have bungled every attempt at Diplomacy within the country and have now only seen the light in reestablishing contact with The Bongolesian People...
Depsite the warming of relations between Sudekia, Washington and the International Banking Community in Switzerland and the Cayman Islands, there is still a way to go before the people of the nation can wholeheartedly open their hearts alongside their hands fully to the Americans.
American military manuevers constantly pose a threat to the stability in the region, and has required the NDF and our government to prepare cohesive defense plans for defeating the Americans at air, land, and sea if the shootin' starts....
We hope that the Americans will be interested in the terms of relations and of knowing how much better we can be in responding to those of a giving nature than of a demanding nature... 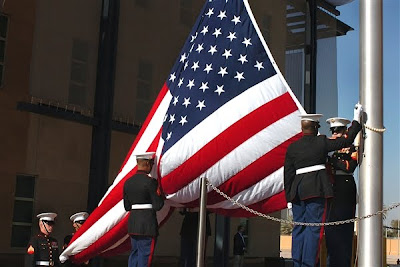 "It's not the size of the flag that counts..."
US Marines hoist their colors up the long stiff pole as their embassy opens for business and dealings...
PRESIDENT SADDENED BECAUSE OF SANTA:
(SUDEKIA) Christmas is supposed to bring good cheer and lots of goody-goody good stuff for all, and more...But who in Bongolesia is more deserving than our beloved President-For-Life P'hat Daddee B'wonah?
"The beloved leader of this nation is sad to have "his heart saddened" by not getting what he wanted for Christmas from Santa." said National Spokesman S'pin Dok'tur. "We know dat the fat man has lots of stuff to do on that special night, but our beloved President should at least get some of the goody goody stuff that he has written letters to the Nort' Pole for..."
Rumor has it that Santa made it for the Bongolesian people but due to time and weight limit restraints was unable to make it for the national leader. As the national spokesman said "Although the prezzzzdent is sad in the heart, he is still joyful for the folks that got the good stuff from Santa and it warms him down to his feet to know that all the people are happy...and will work harder next year than they have before...."

Santa seemed a bit preoccupied this year with toy deliveries...

AIR FORCE TAKES TO THE SKIES

Its our beloved National Airforce in intensive air-combat flight training!!!!

For those interested, the roar of jet engines were recently heard over the cities of Sudekia and Port Tuziak as the Mig-17 fighter of the BAF engaged in pilot flight training. The two pilots involved in the operation took training in flight operations, in-flight aircraft handling, fuel-gauge reading, flight navigation according to landmarks and maps, and successful end of flight landing proceedures.

Injuries were kept to a minimum during this training, and the BAF is expected to receive more operational jets in the future.

All Bongolesians can look high and see the BAF, where "The sky is the limit!" 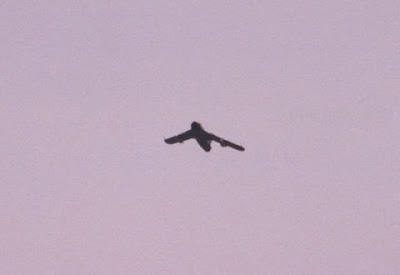 (PORT TUZIAK) Military Commanders and members of the press of The Bongolesian Observer got a first hand look at the new military hardware that was recently procured through international sales and business dealings.

Large displays of small arms and ammunition, repair parts and supplies, were shown to show how the NDF is being updated to meet the needs of national security in the future.

The highlight of the exhibit was the new and recently acquired Air Defense Missile System. "This system will be deployed by well trained Bongolesian military personnel with a good sense of loyalty and understanding of how technical things work." said a defense spokesman. "Due to issues involving currency and other resolutions the radar system for this has not been purchased yet, but we can still use this baby if the pooplaka hits da fan!"

This new equipment is just another way of the governments actions to protect it's interests and citizens from possible outside oppression. 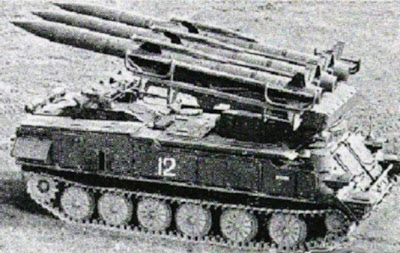 Now if those crooks in supply just don't sell the fuel and ammo to Ifat.

Bongolesia is well on its way to becoming a power in the region I see.