PRESS RELEASE:
FOR IMMEDIATE RELEASE:
BONGOLESIA TO OPEN DIPLOMATIC ACCORDS WITH AUSTRALIA!
DIPLOMATS TRAVELLING TO THE LAND DOWN UNDER TO MAKE THINGS SWEETER…

(Sudekia): The National Govt. released information today an important official announcement whereupon our nation has decided to engage the country of Australia in diplomatic accords.
“Look, we were thumbing through some of the records that we had in our boxes and files, and realized that we had never opened up international relations with Australia.” Said National Spokesman Sp'in Dok'tur. “After checking to see what the deal was with Australia, we sent a message to his excellency our wonderful leader, President-For-Life P’hat Daddee B’wonah, outlining our regards and schemes to recognizing and opening up relations with Australia.” 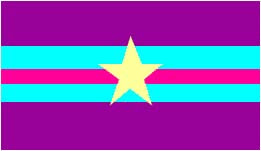 (Bongolesia and Australia: A WONDERFUL Future together!)
“We seen on the map that they are on an island completely surrounded by water, just like Gilligan and the Skipper, and the rest of them folks.” He continued. When we reviewed what was going on with them, our wise president said that “we as Bongolesians”, should do our best to get with the Australians and let them have what we have to offer them, because we have so much to offer. And they have so much to offer to us also. We would be so much better off with what they have to offer, that it’s a win-win situation!”

Current plans for a diplomatic mission to be undertaken are being drawn up as this is released. It’s known that Ambassador T'ooka Dump will probably the main diplomat sent on this historic sojourn. 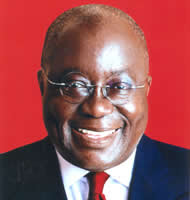 (Ambassador T'ooka Dump our main man for the Australians)
“As a duly noted representative of the Bongolesian Govt. under the fantastic leadership of President-For-Life B’wonah I will do my best to get under their skin in the de land o’ plenty and help them get to know us better, and know how we can benefit from this diplomacy…” Ambassador T'ooka Dump said with a smile while reviewing his stock options.

It is hoped that the Australian Govt. will open their entire nation up and accept The Bongolesian People and their intentions with open arms and the sugary sweetness of future fuzzy warm relations between Bongolesia and Australia in the spirit of international goodwill, cooperation, realtions, and exchange.
More info to be released as events unfold...
Posted by Murph at 10:58 AM

As loyal War Minister to President for Life PHAT DADDEE, I can only say I'm grateful my name's not T'ooka... I mean that such a fine man was chosen to be our newest Ambassador.

I believe Mister Dump is a cousin of the current Nigerian Oil Minister.