Get your balls kicked! Football season begins next week!!! 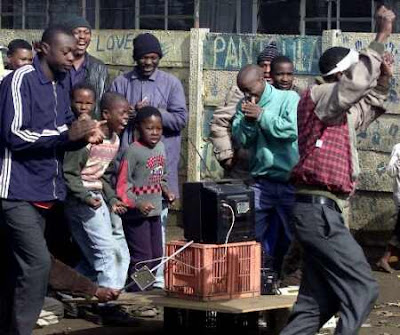 Fans throbbing with excitement throughout the nation in turgid anticipation of the start of the season next weekend!
BFL SEASON TO BEGIN WITH EXHIBITION GAMES NEXT WEEK!

(Sudekia): All of the country is abuzz and jittery with expectations like a new bride on her wedding night at next weeks start of the Football Season here in Bongolesia.
Of particular interest is that two new teams have been formed and added to Division One and Division Two.
"It's going to be quite a season!" said famed Bongolesian sports announcer How'urd Ko'Sell. "Between the up and coming bikini pageant and the start up of what looks like to be an exciting year of hard ball kicking in the BFL, the people of Bongolesia have a lot to be turgid about!"
THERE CAN BE ONLY ONE!
With the League split into two divisions, there will come a time when the two top teams will play in the National Championship, to decide who is the top hyena.
This year the championship game will be held in Lonnieville. Already the local residents are hoping that their homeboyz team will be there to participate and to win the gold plated championship trophy.
TWO NEW TEAMS!

People are abuzz about the addition of two new teams to the divisions and what it could mean for the league itself.
"It makes the field even more competetive than it already is." Ko'sell said. "Seven teams in each division for a total of fourteen. There's going to be a lot of kicked balls during this season."
Of particular interest on the field is the addition of the two new teams, The Jamboville Jam, and the Junkotown Raiders.
"The Jam has a good offense, but right now seems to lack long range ball kicking power. This could hurt their chances for winning games if they don't score early." Ko'sell replied when asked about them.
On the Jamboville Jam he said. "They're new and it shows. They've got some coordination problems, plus the local fighting that resulted in their field being hit with mortar fire delayed their practices quite a bit."
Indeed it seems like there is going to a lot to cheer and scream about in Bongolesia starting next week!

All teams will begin their three game pre-season exhbition series next weekend, followed by a twelve game season. Each team will have one BYE weekend that they do not play.
Place your bets, root for you home team, and if attending a game, please follow any emergency evacuation orders in case of a crisis.
It's time to go kick some balls!!!!

STAY TUNED HERE FOR MORE EXCITING INFORMATION AS IT UNFOLDS!!!
Posted by Murph at 10:46 AM

:-D
Hopefully if one or more sides come of badly they won´t start a "turf" war.
Dreadfull pun i know :-D
Cheers
paul

I'm a Port Tuziak man myself.

I see that the Oil Ministry Spammers have been dropped from the League. I will boycott in protest, as everyone knows that the so-called 'evidence' of the team's widespread use of performance enhancing drugs is irrelevant.

I mean, Viagra never really made anyone a better footballer...