ALAN ALDA OFFERS HIS INSIGHT AND IDEAS ON HOW TO SOLVE THE ISSUE! 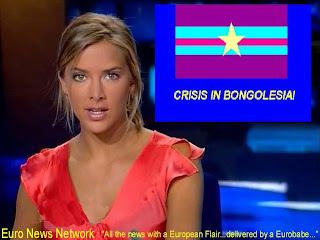 EURONEWS NETWORK: (ENN): "All the news with a European Flair; delivered by a Eurobabe..."

DATELINE: (EUROPE/BONGOLESIA):
Midday talks on the current Bongolesian Crisis, completely broke down today as European Diplomats offered a "Financial Solution and Change Plan", to "assist Bongolesia in it's current economic boondoggle."
"While Boongdoggle is a term that we do not normally use here in Europe..." says European Spokesman Pierre Poupon of France, "and it is something that ze Americans like to use, *sniff*, ze fact that ze word is simply ze only one that we can theenk of to explain their situation..."
Bongolesian representatives today were presented with a jaw-dropping proposal by the European Nations and Financial Markets to completely overhaul their economic system, beginning with their own currency.
According to an anonymous source, The European representatives proposed to the Bongolesian representatives that their nation, "completely do away with their current currency, The Bling-Bling and to replace it with something that is more financially stable and has maintained it's value over the long term test of time." 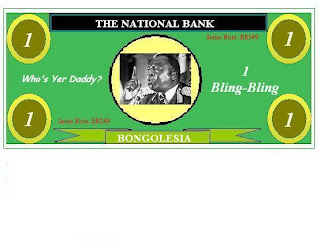 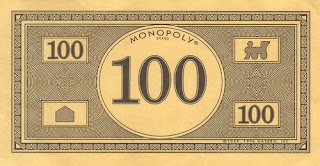 Bongolesian National Authorities overwhelmingly rejected the proposal and after briefing the government on this latest proposal, Bongolesian Diplomat to Europe, Ambassador F'lybye Nite, said simply..."My Government has received this proposal and after a careful review and evaluation of it, has instructed me to tell my European counterparts that they know what they can to with themselves..." 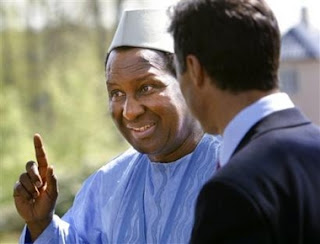 
Reports coming from Bongolesia say that the National Government is "highly displeased" with this latest round of failed solutions, and talks. This comes as civil unrest continues in the Northern part of the country and is suspected (though not confirmed) to be spreading throughout the rest of the country.
Media coverage of the unrest is currently being censored and controlled by National Govt. Authorities and it is indeed difficult to get a clear picture of what is going on in Bongolesia.
Of course many analysts and experts say that that is "perfectly normal with this country, as they haven't been able to get a clear picture of the situation there for over 20 years..."

SPECIAL!!!
DATELINE: (HOLLYWOOD): Cinema Superstar and International Relations Emasculator Alan Alda today announced that he was willing to discuss his plans for "helping to solve the current situation with Bongolesia, and to show how, once again, the US Government is "somehow at fault for letting this happen."
"I blame Washington." Alda said after sipping from his bottle of Evian Water while sitting in a cafe in Hollywood. "We know that the US Government is usually behind all kinds of things that happen in this world, and it has the reputation of being the schoolyard bully and threatening younger children with violence in the school bathroom if they don't allow us to copy their homework. Do you know what it's like to have to go pee, but you are deathly afraid because of the bully in the bathroom? It's a harrowing experience I can tell you. You shake your legs and watch the clock, waiting for school to be out, because you are afraid of wetting your pants... Well it's the same with the international community and the US Government, I'm thinking...."

Alan Alda, passionately discusses the current Bongolesian Crisis...(Be sure to see the entire special report right after this newscast!)...

STAY TUNED TO THE ENN FOR ALL THE LATEST IN THIS UNFOLDING CRISIS!!!!!
Posted by Murph at 1:58 PM

Between Alan Alda and Parker Bros., it won't be long before either hires some Mercs to "rectify" matters!

I'm taking a leave of absence from Nova Caledonia, to marshal the Bongolesian forces against this blatant aggression.

Hey Murph, I've only just started blogging, and have moved to 15mm scale. I wanted to set up a campaign for a 'Middle East' theatre, and also a fictional African country. Having seen your blog I'm truly humbled, and am reconsidering! Really enjoyed looking back over the early posts-Brilliant!