European News Network (ENN), "All the news, delivered with a European Flair, by a Eurobabe…

"MYSTERIOUS "SUPER ELEMENT BONGOLESIUM" RUMORED TO BE SOLD TO HIGHEST BIDDER!
(Sudekia) In a frightening turn of events, a spokesman for the Anti-Govt. Force of the Bongolesian African Revolutionary Front (BARF) said today that their possession of the rare mysterious super element "Bongolesium", they would sell to the highest bidder."
Since we need cold hard cash to purchase the boomy boomy to use against B'wonahs Regime, this strange glowing stuff has seemed to generate a lot of interest. So we are going to put it on market to the highest bidder." The spokesman who was never identified said.In an interview over the telephone, after the European News Network accepted the charges for the collect call, the spokesman confirmed that BARF does indeed have possession of the scientists from Perverticus Industries, and the container of Bongolesium.
"It's time that the developed nations of the world stop coming into our third world hellhole and trying to make it an even worse place than it already is. If there is going to be anyone to ruin our nation, it should be the native indigenous population that be given the opportunity to do so." The spokesman said, while cheers and the rattle of weapons fire could be heard in the background.
Unconfirmed international reports also say that Iranian and Chinese delegations are preparing to leave for Africa to see "what kind of deals" can be made with BARF."
At first we wuz thinking of putting this up on ebay, but since we don't ship to Italy, and the Paypal fees are absurd in this portion of the world, we've decided to let the buyer come to us." The spokesman said.
Meanwhile, various military units of the Bongolesia National Defense Forces have been rumored to have been put on a low key alert for possible operations." Staff officers have been seen coming and going at National Headquarters and the President-For-Life, P'hat Daddee B'wonah has been busily keeping his fingers in the pie of the operation." Said a govt. spokesman who wished to remain anonymous.
President B'wonah will be hosting a state dinner this evening, and in the spirit of goodwill and good intentions has invited the Eurobabes of the ENN to attend.
Stay tuned to the European News Network (ENN), as this situation unfolds. "All the news, delivered with a European Flair, by a Eurobabe…
"We now return you to the end credits of "Brazilian Beach Babes Hot Oil Bikini Rub-Down"… 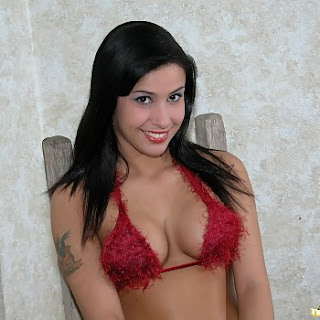