Well I decided to show some Anti-Govt. Forces that I have, and explain a little about them...

The Bongolesian African Revolutionary Front (BARF), is the primary (though NOT exclusive), anti-govt rebel faction in Bongolesia. Led by the infamous T'uba S'alami, BARF usually conducts cross border incursions into the Northwest and Western Half of Bongolesia. With most of BARF's training camps and supply lines coming out of the Central Bongolesian Peoples Republic (CBPR), BARF is dedicated to overthrowing the current dictatorship and replacing it with another one of their choosing. Meanwhile they will ensure that economic disenfranchisment and poverty will be equally distributed among the masses.
(Most of the figs are 15mm Peter Pig, with some Cannon Fodder minis tossed in the bunch...)
Let me know what you think of them. 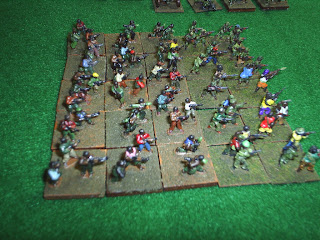 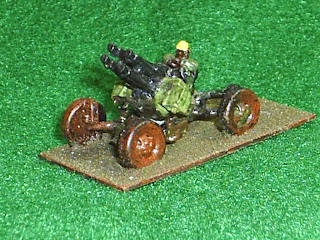 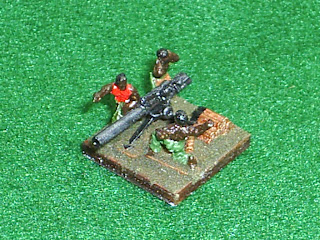 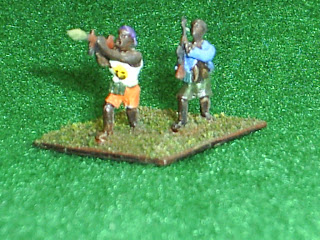 ("Summer Wear" for BARF insurgents. Just the thing for lounging around the pool or ambushing supply convoys downtown with your RPG...) 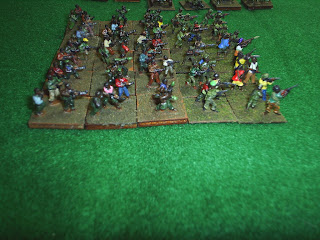 (Another side shot of the Rebels en masse...a good look at their forces and equipment on the table...)
Posted by Murph at 11:36 AM